I wrote same title in the our news as summary.  Jin Sawada got TQ and won in the super expert class of  the JMRCA Electlic touring car Japan National in this year. He were using Our EX-RR radio.
There are race report by our staff who went to here for suport to our driver.
I will introdude race by this report.

1/10 Electric touring car Japan national were held in the Shirakaba 2 in 1 circuit Nagano at 20th to 22 th of July 2018.
This entries persons are 66 persons. 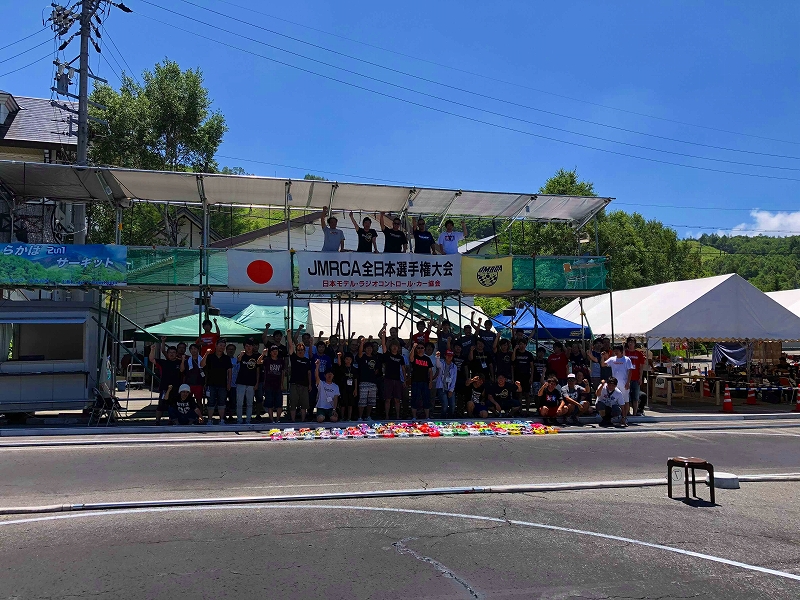 In the super expert class, Sawada( infinity) is good conditions from practices before race, also Ishioka (kyosho), Simazaki(Tamiya) and Goto(Destiny)  were good driving and they were carving a stable lap.

Other hand, In the open class, Shionoya was good and records fastest time in the truck. He became our support driver from last year.
But, his R/C history is only 2 years and  he is elementary school yet. And he entries Japan national race of  2nd times.
But he growing up to good driver as like top driver.  We are expecting his race of  the future. 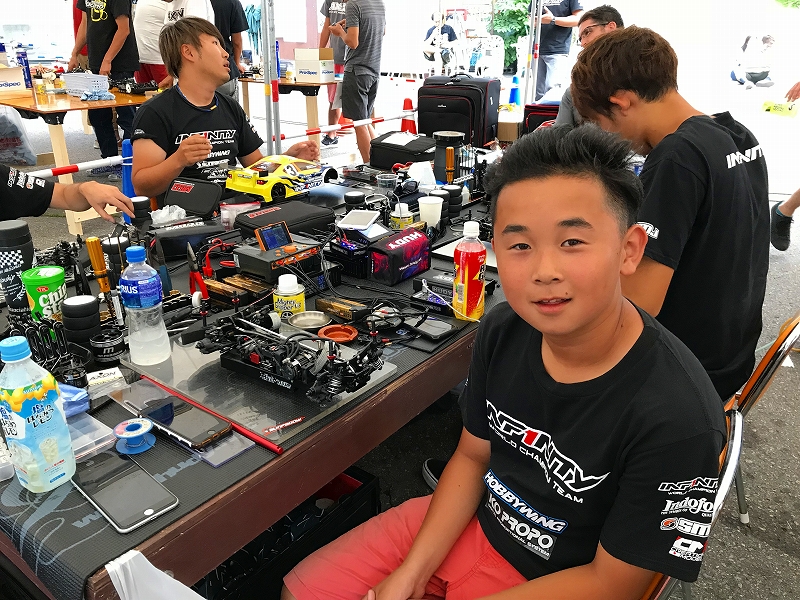 However, road surface condition of Shirakaba 2 in 1 circuit are suddenly changed. Everyone  must be change set up car as like be able to good driving everytime.Even good driver can not good driving by same setting of the car in everytime.
We are tring  find a good setup the car and using servos.

We were testing a good setup the car and good servo choice.

We are preareing 2 kind of servos. These are BSx3-one10 Grasper and RSx3-one10 Flection.
And we recommended each servo by driving style and setup of the car.

At the result,in the Super expert class, Sawada and Ishioka were using flection, Shimazaki and Goto were using Grasper.
Every servos setting of ICS are as same as default( not changed from factory default). 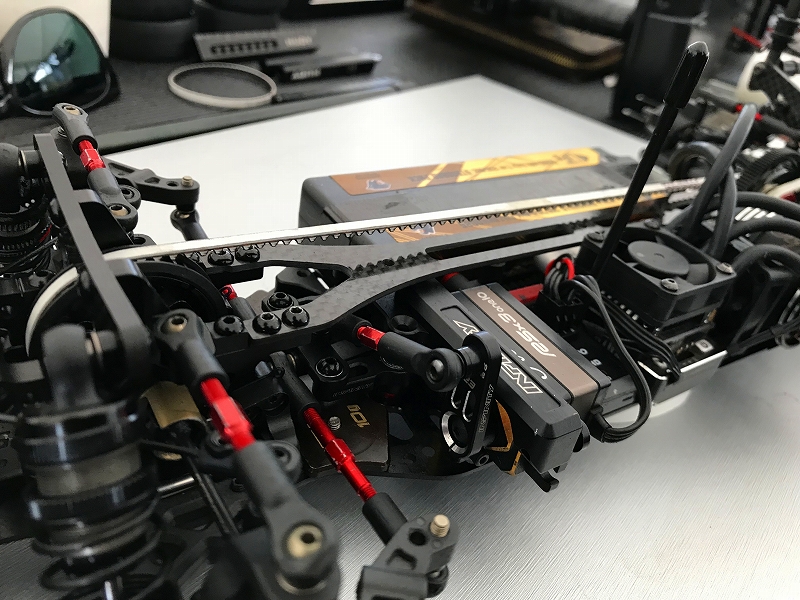 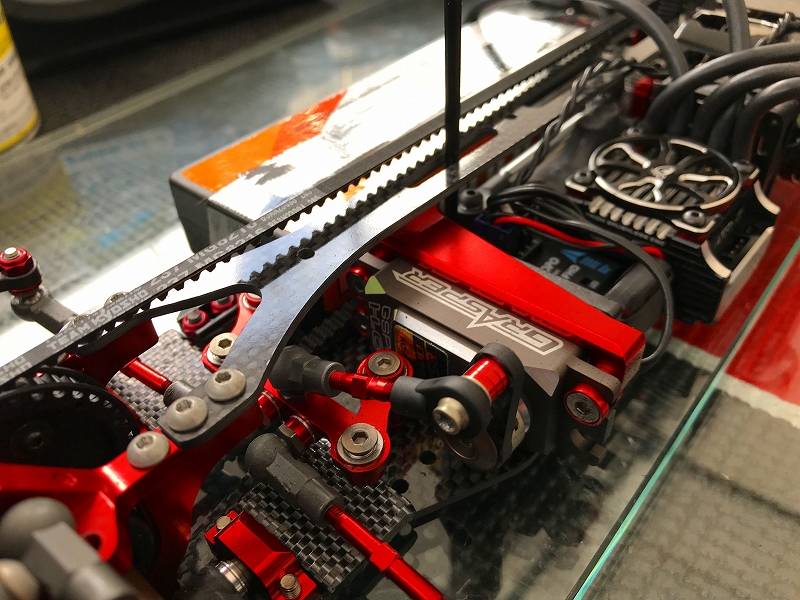 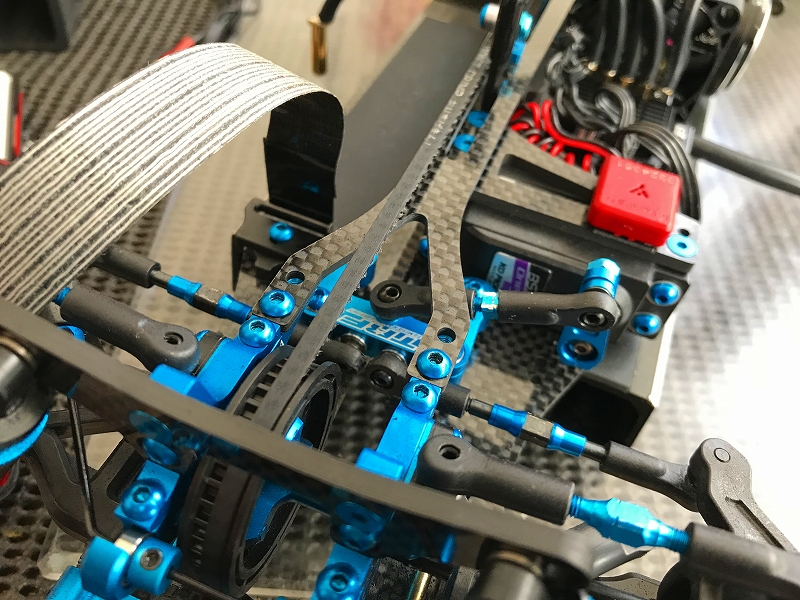 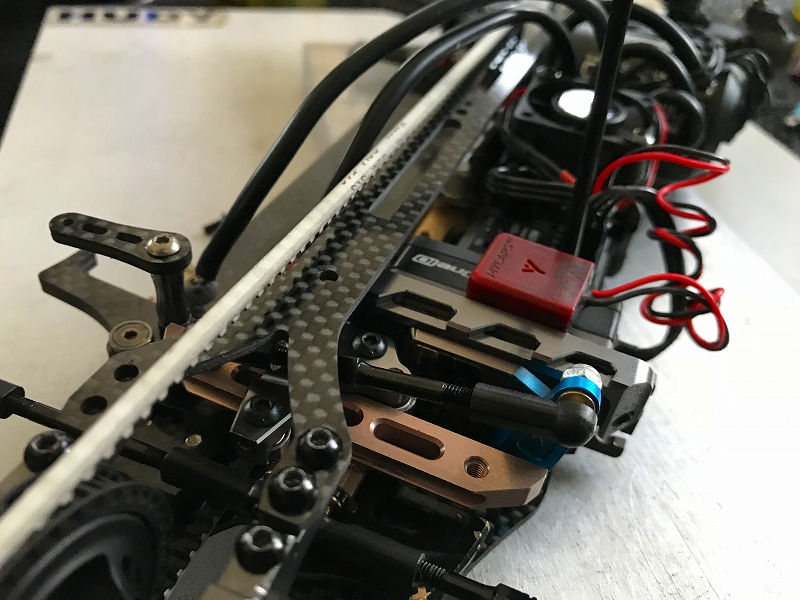 In the open class, there are little risk of the tire will be bad condition by too hot, because power is small by regulation.
Therefore, we recommended Grasper which has high holding power and can make cornering with a small radius.

In such a situation, Kawakami from Kyosho using 7.4V by BEC output by ESC. This purpose was cooling fan's powrer up.
However, this setting causes Grasper to be too strong for his car.
So, We recommended flection with normal setting at 7.4V using. it seems good result for his driving and his setting. 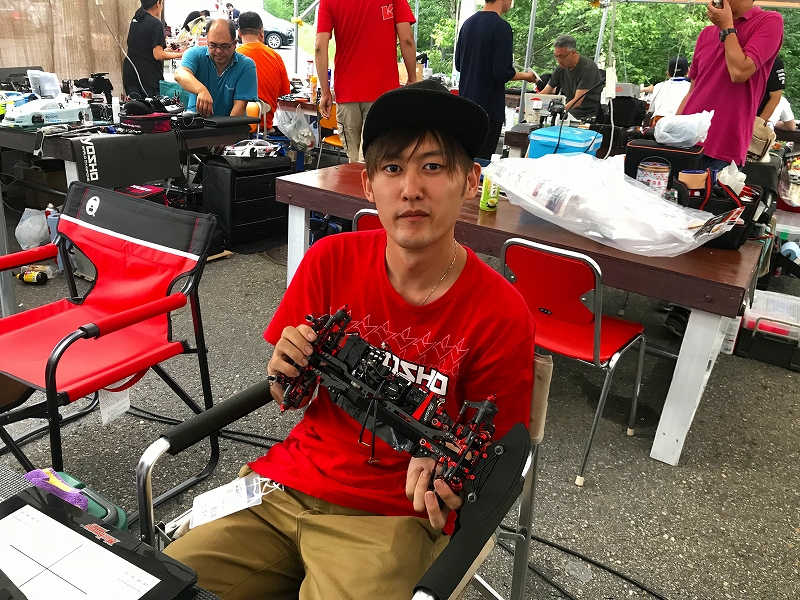 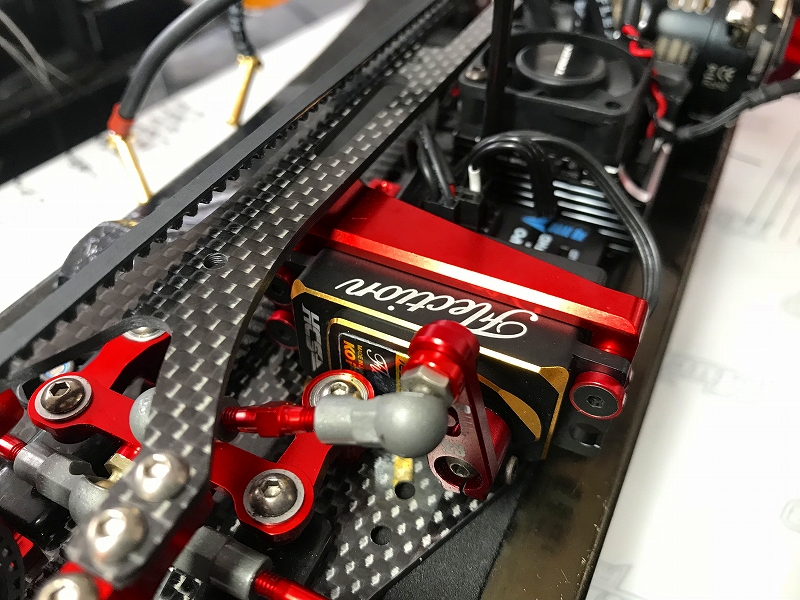 Also, many persons liked using Mega advantage capacitor in the open class. About half of all person were using this item.
In A final race, 5 of 10 persons were using this 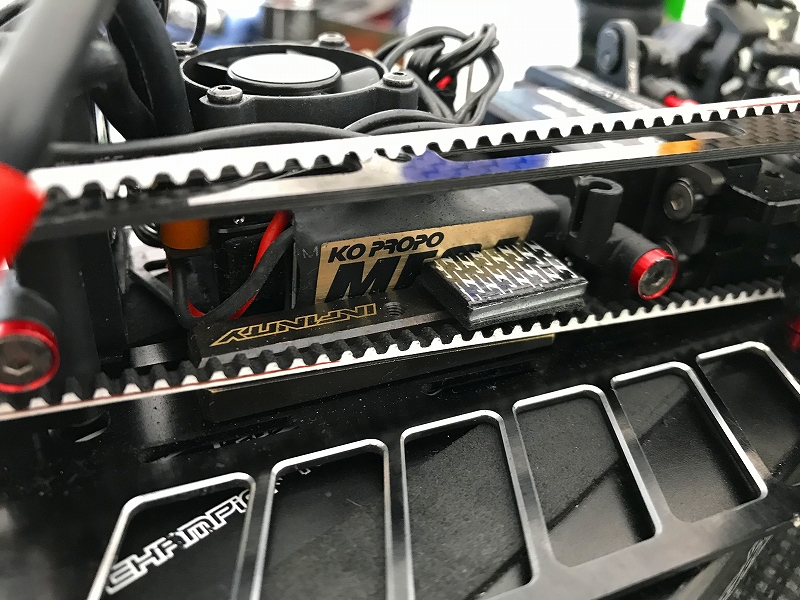 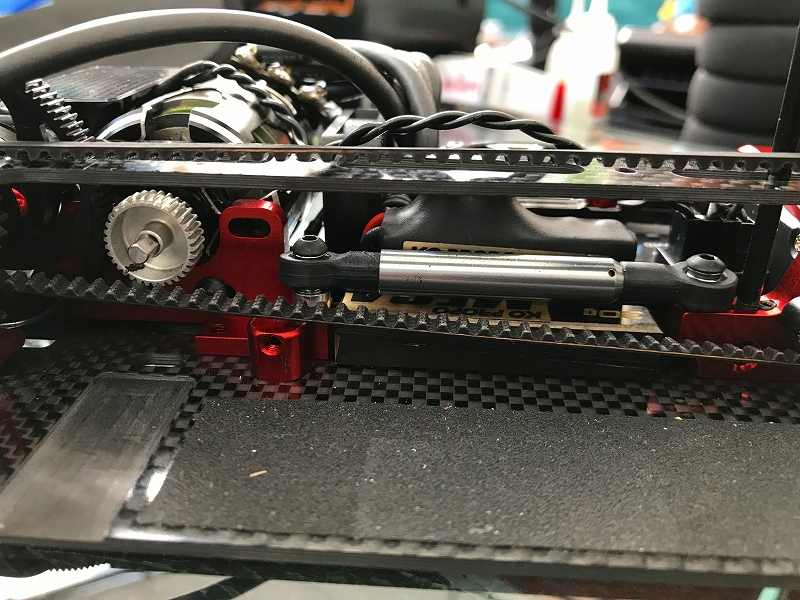 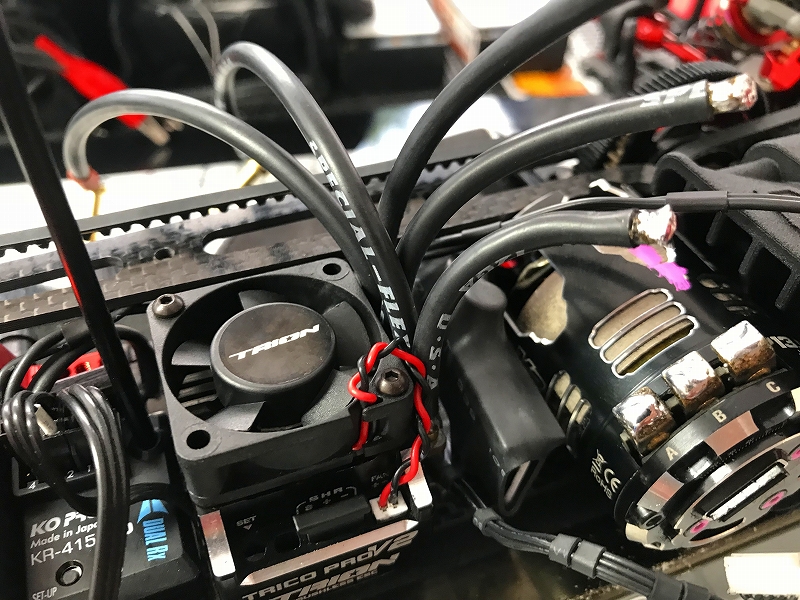 As the race begins, the grip made a lower as like expected.
And condition of truck serface were changed at each heat, so top driver will be changed in each round.
Everyone can not know who will take pole position.

In the super expert class, Mr.Sawada took top time of 2 times and it means his checkmate to the pole position, he start the last day in that state.
In the open class, Shionoya played well and was always involved in the top battle. 2nd day, Kawakami is going well and take top of position. but he had mistake and end of this  in the final round of 2nd days. So he result of qualify was 2nd position.
But, his positionn is have possible to take pole position.  He reached the final day in this state.

Grip condition of Final day seems going to good a little.
In the last qualify of super expert class, Sawada was good job with good driveing and he took pole positon. 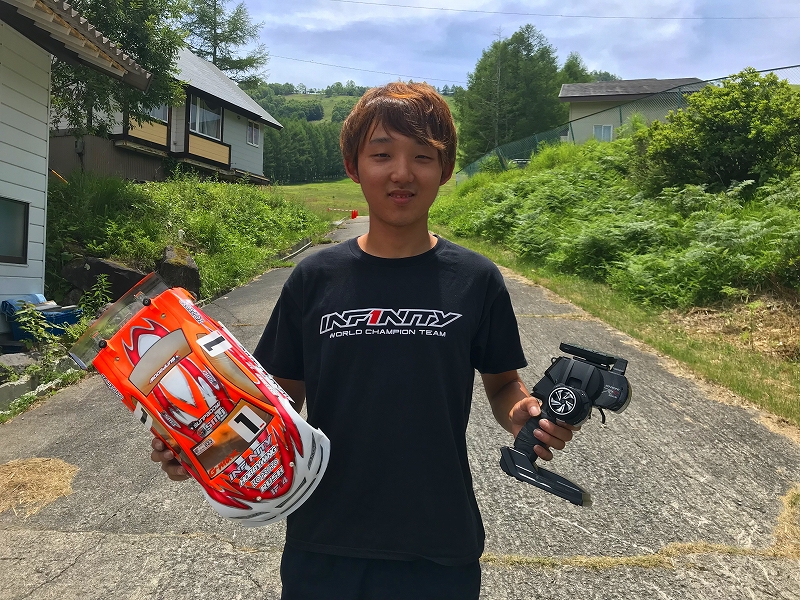 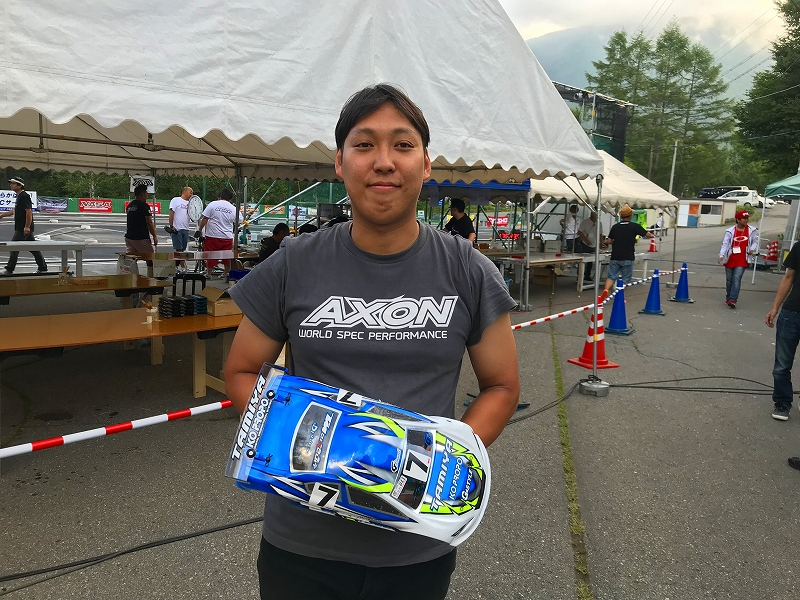 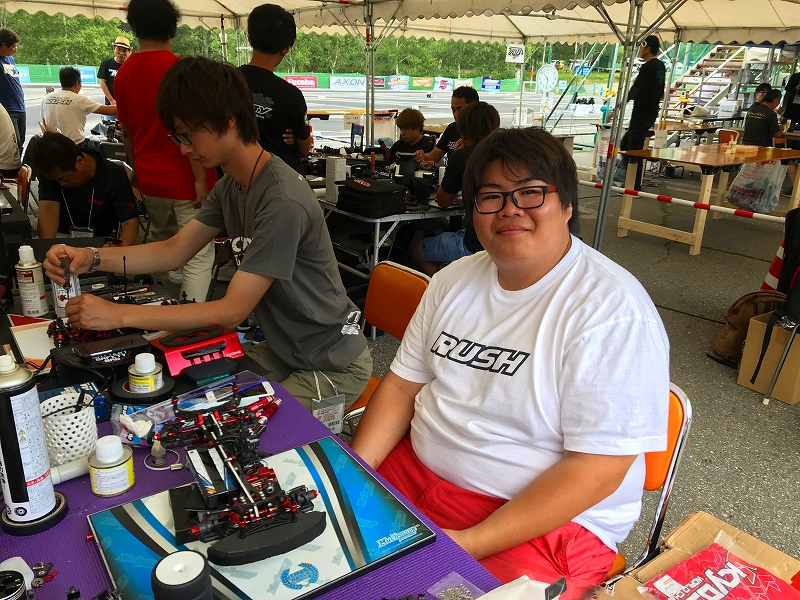 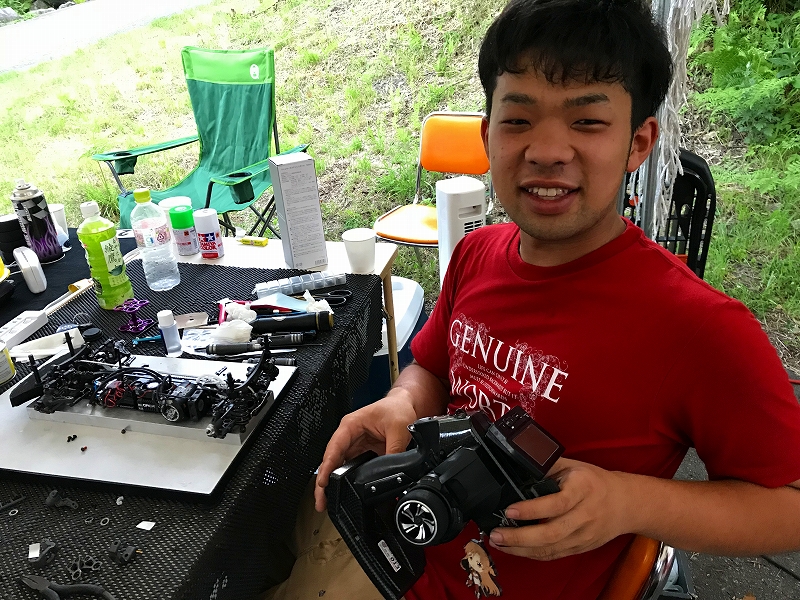 In the open class, Kawakami had took 2nd position in qualify. Shionoya was down position.
But, Murai and Shinozawa had took position of A final.
So, total 8 persons of our support driberdrivers  had drive in the A final of  the open class and super expert class. 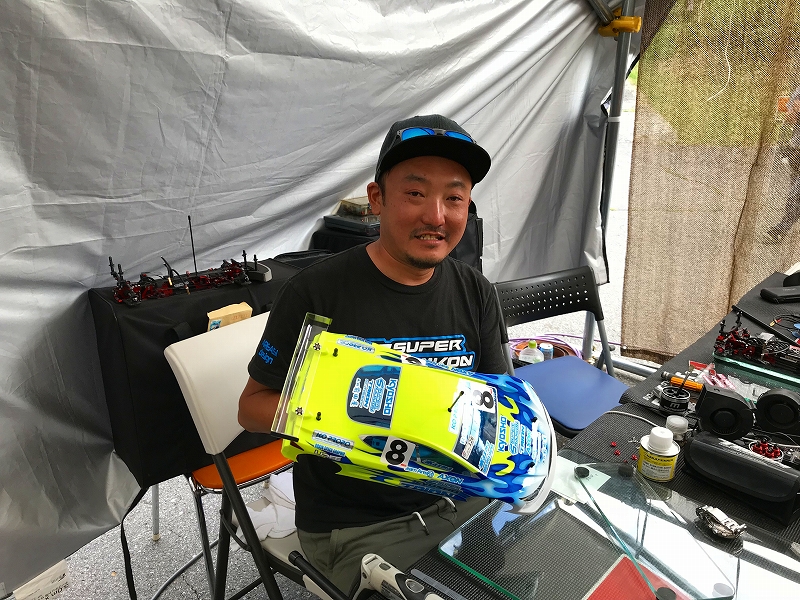 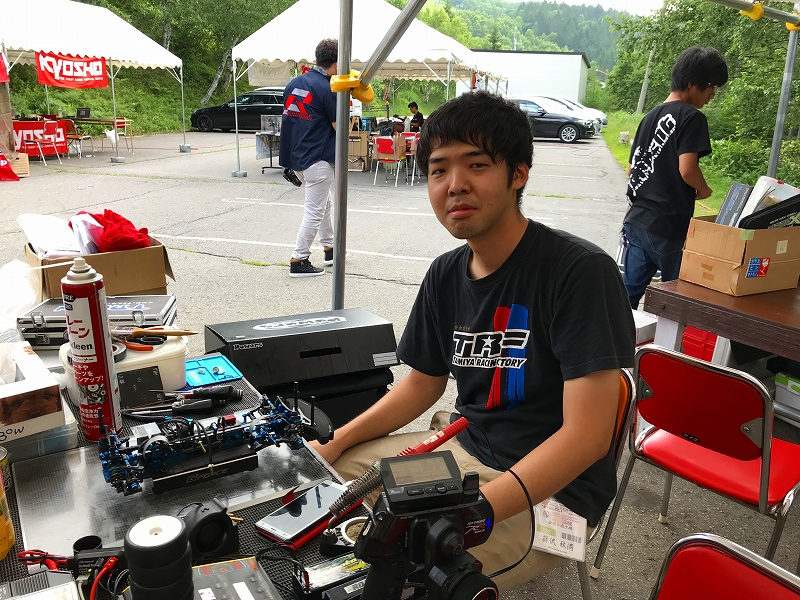 In the final of super expert class, it became to 2 persons fight of  Sawada and Matsukura.Matsukura were 5th position of qualifying.
But in the final, his start is good and drive 2nd position early race.

In the final of super expert class, this was fight of Sawada and Matsukura. Start position of Matukura was 4th position. But he got  2nd position by his good start and driving. In the 1st round of final,Matukura got 1st position at end of race. Sawada got 2nd position by his mistake. However, Sawada was got 1st position in the 2nd and 3rd round. So he won in this race and got title.
Also, 5th Ishioka, 8th Goto and 9th Simazaki. 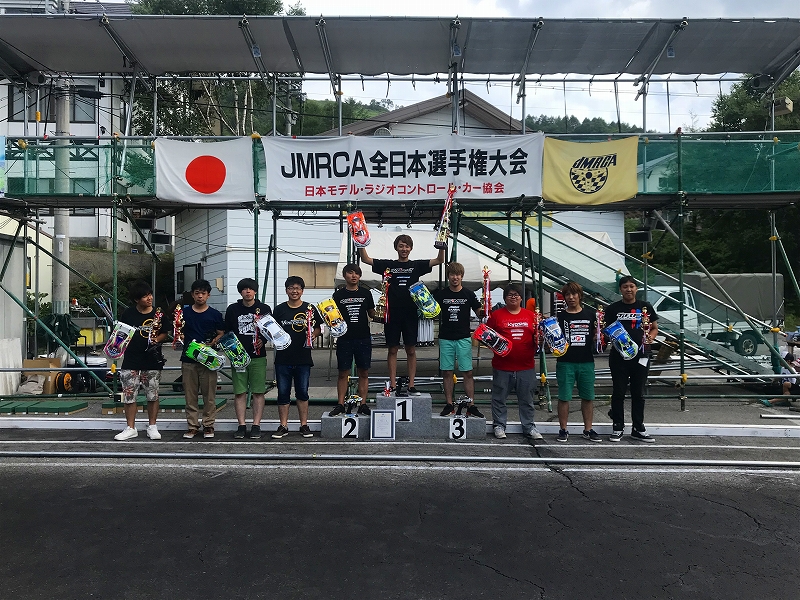 Also, Murai got 4th and Sinozawa got 5th.  Shionoya was good condituon, but his result was 10th position. Thank you for participant and all of staff in this race.

In this race, many our driver got good result.

We will deloping for release good products

Thank you for reading. 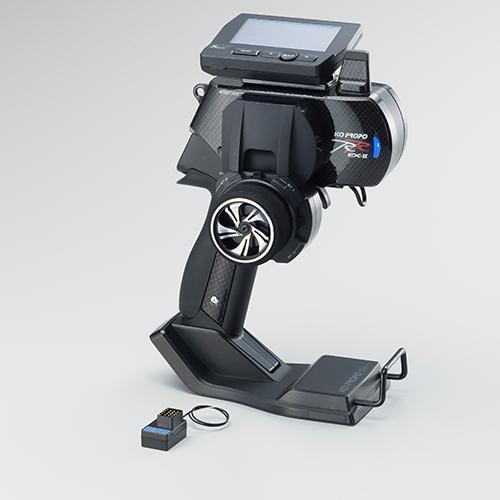 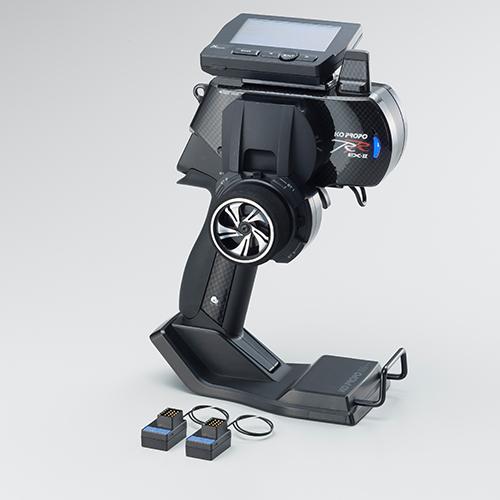 Explanation of tip of the receiver's antenna.

How to change ID number of the BSx4s Series

Notice of Change in the Servo Connector Pin

Procedure of update Xpansion to V2.12